Less than two weeks till the big day (see here if you’re new to Bugged), and we have all sorts of people listening on street corners – booksellers and scientists, a Member of Parliament and at least two BBC radio presenters. Adam Horovitz has even asked for the day off on July 1st to go Bugging. The least we can do in return is vote for him in the Independent’s Hospital Club 100 poll, where he’s in the ‘Publishing and Writing – emerging’ category and described as a Brilliant Young Voice. His dad, Michael Horovitz, has just been pipped at the post for the Oxford Professorship of Poetry so let’s make up for it.

Thanks for the overhearings you’ve sent us via Facebook (Bugged) and Twitter @BuggedProject. One of several bloggers following us offers: “He had bacon and eggs as usual for his breakfast, but his bottom was still bleeding so we took him to the vet.” This would make a great starting point for a story – as would simpler statements we’ve heard like, “He’s doing my head in with that patio.” Our favourite is this one:

There's a story in that suitcase

“And as soon as I heard Michael Jackson’d died, I thought, ‘Like fuck will I keep that suitcase now.’ ”

What can this mean? How did Michael Jackson’s death make the suitcase so undesirable? There are plenty more on Facebook and Twitter so if you can’t wait till July 1st to start writing, then practise your skills on one of them. Already a skilled eavesdropper is Nik Perring, as you can see from his story The Angel in the Car Park.

Let’s brag about other projects our core writers are getting involved with. David Gaffney’s Poole Confessions encourages you to confess your sins (anonymously) so that he can shamelessly convert them into writings – not unlike the ethos of Bugged! And our co-f0under Jo Bell is readying herself for her stint as Glastonbury Festival website poet in residence. She should be recovered just in time for our big day. 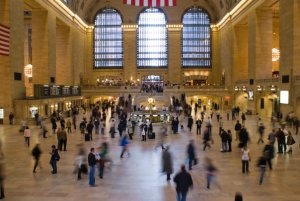 Michael Holden, champion of the eavesdropping community and friend of Bugged, has even given us a book of his All Ears column – (see the book here) as a prize. We’re looking for the best photo of a place where you might eavesdrop – send it to submit@bugged.org.uk. Michael has had more opportunity than most to think about the ethics of eavesdropping:

‘….the conversations of strangers are everywhere. They’re like static. There is no need to skulk about to collect them: you just need to tune yourself in. And there’s nothing shameful about it either. In the contemporary climate of global-surveillance hysteria, the action of simply noting down what is said around you because you like the sound of it is comparatively benign. If people think they aren’t being listened to on some level in the twenty-first century, then they’re just not paying enough attention. ‘

1 thought on “Eavesdropping in the corridors of power….”