Welcome to Bugged. Our first nationwide writing experiment was a huge success, bringing together writers all over the UK in a real and virtual community and a bloody nice book. Read on to find out what we did…. and a hint of our Brand New Bugged for 2012!

Bugged was a mass ‘happening’ and writing challenge which united writers of all sorts – published ones like Stuart Maconie and Jenn Ashworth, experienced poets and fictionistas, and a whole mass of unpublished writers – in a sneaky challenge. On July 1st 2010 they went forth to EAVESDROP on those around them. All over the UK, writers listened in, and used what they heard to start off a piece of writing. They had to send it to us within six weeks. The best writing went up on our blog as it came in, inspiring others to new heights. The very best went into our book – buy it here  (but don’t ‘look inside’ as Amazon have got the formatting wrong on screen!) 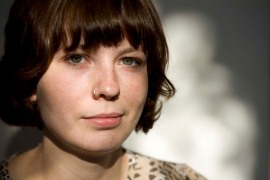 We featured in the Guardian and the Times: we opened Manchester Literature Festival and closed Birmingham Book Festival. The festivals, putting their money where their mouth is, gave us £250 each – otherwise we were entirely self-funded. It was strangely liberating.

Bugged writers appeared on Radio 4, in the national press, at festivals and in print all over the UK. Calum Kerr, who had seldom been in print before, has gone from strength to strength and his short stories will be broadcast on Radio 4 on Christmas Eve! This blog has had tens of thousands of hits – earning WOW status from WordPress, and creating exposure for featured writers.

So Bugged was a happening – a challenge – a community – and it was fun. It was friendly and conspiratorial. Some of you came back to writing after many ‘dry’ years and we’re delighted to have moistened you. Some of you wrote for the very first time.

Our community of writers was partly physical – writers who live in the same region met up – and partly virtual. Although we live all over the UK, we’ve chatted on Facebook and on Twitter @buggedproject. We met at our many Bugged launches and readings, and connected writers to links, funding opportunities, new blogs.  Even those pieces that didn’t make it into the book were put to good use. Some of you have sent them to journals, magazines or editors with great success. Angela Topping is using one of hers in writing workshops, and has published another as a teaching resource. Max Wallis has had his published on Authortrek;  Liz Loxley’s appeared on the Daily Mirror blog after being selected by Carol Ann Duffy.

What next? Ladies and gentlemen……. Son of Bugged! We aren’t going to tell you what it is yet but we can tell you this. It will NOT be exactly the same theme. There WILL be a mass happening in May 2012: there will be the same six-week deadline to get your writing in to us. There will be a book, including commissioned professional writers and the best public submissions. There will also be parallel events – workshops, events and showcase readings to encourage new work and to give all the writers maximum exposure. If you run a creative writing course, a spoken word event, a festival that happens any time between May and October, a writing group, a venue where writers meet…. get in touch with jo@bugged.org.uk to let us know that you’re interested. We’ll be announcing full details in the new year and we want you to be the first to know.

Follow this blog, or find us on Facebook and/or Twitter to keep up to date. Last year we had hundreds of entries – this time we want to at least double that interest and get the most exposure possible for all our writers. Have a happy holiday – and keep your eyes peeled for more news…..